Google Webmaster Tools
Our beautiful John Spencer designed 12.2m sloop, Diva, was originally built by Don Senior for Geoff Stagg for the Admirals Cup trials in 1975. Launched December 1974 as Whispers of Wellington, she began an illustrious racing career with Stagg at the helm, placing well in Sydney-Hobart, Suva and Noumea races.

Sold to Tony Reutemann(renamed Tormentor) and then to John Sinclair (Auckland architect) who converted her to a cruiser (renamed Diva); she has done thousands more offshore miles. I bought her in 1998 and in May 2010 we took her to Tonga then on to Fiji and the Yasawa Islands, Port Vila, Espirtu Santo, all the islands in between and then New Caledonia, arriving back in New  Zealand in November after  5500 miles of sailing in the South Pacific.

In May 2011 I took her to Fiji  again; Opua to Savusavu in 8 days. Left her in the water in Vuda Pt. Marina on July 23 and came back on October 24, spent a week getting things going and then went out solo to the Mamanuca and Yasawa Islands for 2 weeks (see the Blog for all the details of that , sometimes, eventful, trip). Came back to Vuda Pt. November 13th to put Diva in the graveyard for the 2011/12 cyclone season ... April 2012, came back to Diva, new antifoul and back in the water, headed to the Yasawa Islands for a month.Then back in Vuda Point Marina waiting for crew to arrive and starting to prepare for the voyage to New Zealand in October.

Sailed to New Zealand at the end of October and put her up for sale.

Diva is now at Totara North in Whangaroa Harbour with her new owners Allen and Gladys.

The blog is now finished. The site will remain up until it's renewal date comes around and then it will be gone.

The new site for the new yacht is http://svelyse.weebly.com

See you out there 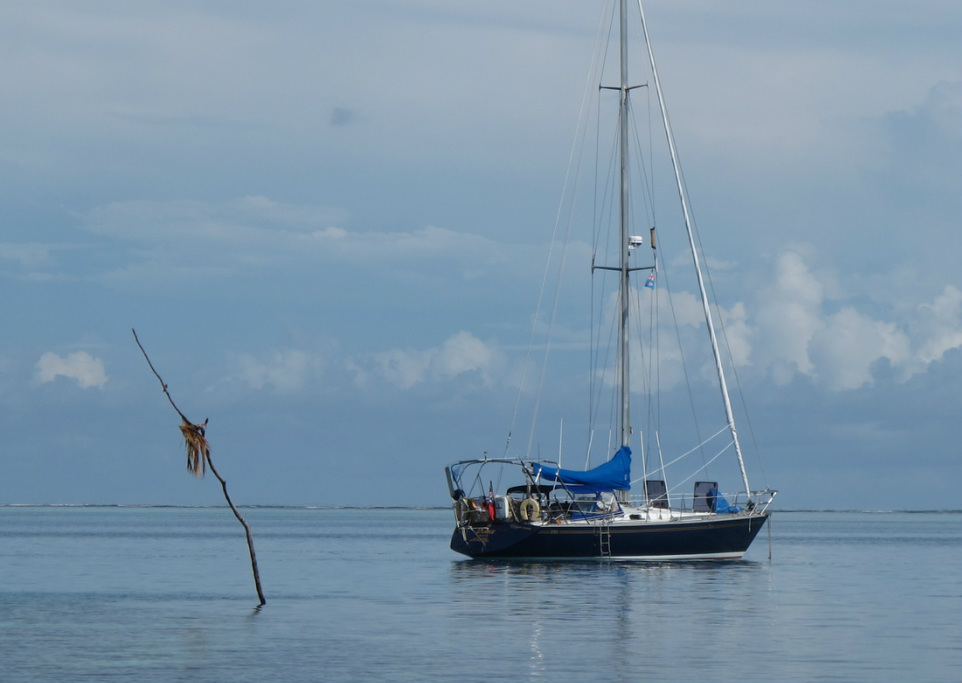